We are one of the largest

Normally what DIY’ers and e-juice manufacturers use is a free compound version of nicotine, or a freebase.

Freebase sounds bad because it’s often associated with the word “freebase cocaine,” but freebase only means that it’s in its purest form.

Nicotine itself is a base and is not very potent in the body until protons are removed. Nicotine absorbs protons which results in the nicotine molecules becoming ions. Ions don’t move across organic membranes very well so they are less likely to affect the body. For nicotine to become potent, it needs to be de-protonated, or converted into a “freebase” form.

In order to de-protonate nicotine, companies add another base, ammonia, which is negatively charged and strips away protons. Liquid ammonia also separates the nicotine from the salts which allows it to be extracted with steam. This process turns nicotine into a freebase and allows it to become more bioavailable to the lungs, brain, and central nervous system.

Researchers have found that freebase nicotine is the most optimal version of nicotine. It allows it to bind to the nicotine receptors in the brain and the rest of the body, which is believed to make it more addictive because it will be more concentrated at the receptors. 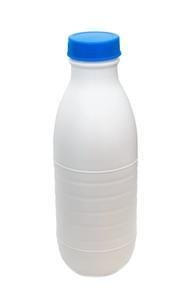 Please be advised that all orders take 3 to 7 business days to process. Business days are considered to be Monday - Friday.

We offer 2 types of domestic shipping. 1st class (7 to 10 days) and Priority (1 to 3 days). Shipping occurs AFTER your order is processed and verified.